Masayuki Shoji
Keiji Tokiwa (常盤 恵次, Tokiwa Keiji) is a first-year student currently attending Yezo Agricultural High School within the Department of Dairy Science. He is a close friend of Yugo who has a talent to put himself in trouble due to his difficulty to study and his habit to jump too quickly into conclusions, much to his friends' chagrin. His family owns a chicken farm.

Keiji is an energetic, chaotic, but very friendly person. He's very observant and will be quick to help to help out a friend when they need it.

Despite being one of the token stupider characters, he will often have good, helpful ideas. Some of his ideas for the labels to sell sausage were very helpful in getting them all sold, whereas others got him punched. His idea that never failed to get people to hit him was his boys bath yogurt, where he would fill a bottle with yogurt starter and let it finish in the boys bath.

Tokiwa is not good at studying, especially maths, and frequently seeks Yugo's help. However, he excels in animal husbandry. He is a self-proclaimed otaku.

While not a positive skill, he's incredibly good at spreading rumors. The always wrong and almost always Hachiken-related rumors have been shown to spread throughout the school within the span of a day.

Due to his childhood on a poultry farm, he's very good at manual labor involving chickens. One of the first tasks we see him handle is gathering eggs from the chickens, doing it with speed and precision that impresses Hachiken. He also displays a great understanding of chicken anatomy when explaining where the cloaca is.

Tokiwa is depicted as being shorter than Hachiken. He also generally wears his hair slicked and tied back. During the summer break, he dyed his hair a bright and outrageous pink color which was against dress code. Sakuragi had him shave it off so temporarily Tokiwa is shown with a buzzed head.

Keiji grew up on a poultry farm. His goal for the entirety of going to high school was only to take over the poultry farm.

After graduation, he quickly got married and went interning overseas. According to Tamako right after having their first kid they got "baby fever" and have two kids with a third on the way. 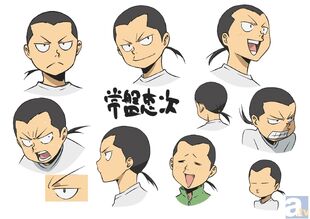 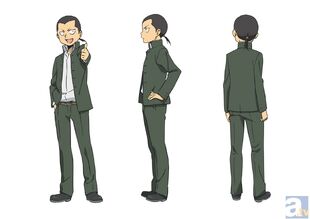